The Tyl Teachers Mixed Choir, founded in 1846, takes pride in being the oldest continuously active choral ensemble in the Czech Republic. Its current membership comprises around forty singers. Apart from teachers, its members come from a wide spectrum of other occupations.

The historical list of honorary members of choirs based in Kutná Hora with whose tradition we link up, includes the names of such prominent figures as the Czech composers, Antonín Dvořák and Bedřich Smetana.

The choir´s annual timetable includes appearances in between 15 and 20 concert productions. Its repertoire is focused on sacred music, but the choir also performs secular compositions, as well as folk songs and other genres, including for instance Negro spirituals.

In the course of the season, we tour in different parts across the Czech Republic.

The choir likewise makes regular international concert tours, as well as welcoming to Kutná Hora choirs from other countries for work on joint projects.

Beyond all this, the Tyl Choir collaborates with various professional soloists and orchestras.

The Gaudeamus Students Choir was formed in 1993 by students of the Jiří Orten Gymnasium in Kutná Hora. Its members are female and male students coming from all of the secondary school´s age groups and classes. It currently comprises 38 members. The choir represents the Gymnasium at a broad specrrum of cultural events organized by the school and by the municipal authority of Kutná Hora. Apart from that, it was involved in the making of an original stage musical. Its repertoire ranges from folk songs to melodies from musicals, to  cover versions of best-loved pop songs. 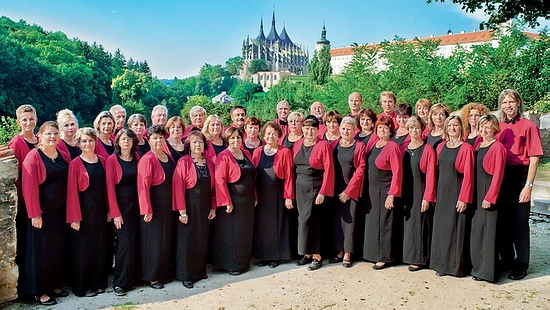