Highlights of the 2020/21 season include engagements with the Melbourne and Queensland Symphony Orchestras, a Musica Viva national tour of Australia with the Goldner String Quartet, an Australian tour with the Maltese tenor Josef Calleja, appearances at several US festivals, including Bard Music, a January 2nd recital at Wigmore Hall, duo performances with violinist Tasmin Little and further performances with actress Dame Patricia Routledge.

He  is Artistic Director of the Sydney International Piano Competition. He was Artistic Director of the Australian Festival of Chamber Music from 2006 to 2017, and from 2006 to 2013 he also directed the annual Myra Hess Day at the National Gallery in London. He has written and presented over 100 programmes for BBC Radio 3, including the popular 54-part series The Piano.

In the Queen’s Diamond Jubilee Birthday Honours he was made an Officer of the Order of Australia (AO) for distinguished services to the arts. In 1994 he was made an Honorary Member of the Royal Academy of Music, where he was a professor from 1989 to 2007. Piers holds Honorary Doctorates from two Australian Universities: Griffith and James Cook. 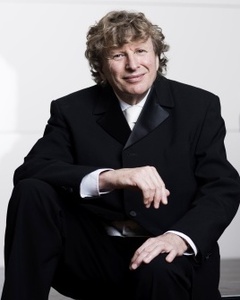