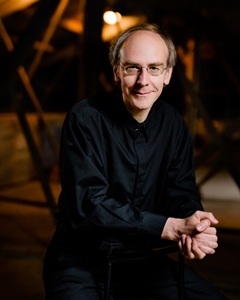 studied in the class of Prof. Inessa Janíčková at the Brno Conservatory. Between 1989 and 1992 he furthered his education with Paul Badura-Skoda in Austria, and with Rudolf Serkin in the USA. In the 1980s and 90s he accumulated a number of awards from international competitions (Tchaikovsky Competition in Moscow, Prague Spring Competition, Queen Elisabeth Competition in Brussels, and Marguerite Long-Jacques Thibaud Competition in Paris). In 1990 he received first prize from the Maria Callas Competition in Athens. He is regularly invited to appear at international music festivals (Prague Spring, Janáček May, Festspiele Europäische Wochen Passau, Musikfestival Schloss Moritzburg, Rudolf Firkušný Festival, and others). Since 2012 he has been a teacher at the Janáček Academy of Music and Drama in Brno. In 2019 he was awarded the City of Brno Prize for merit in music.