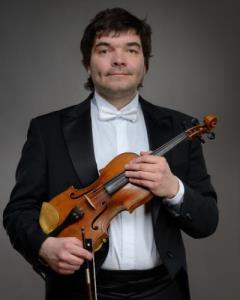 Petr Zdvihal graduated from the Conservatory in Pardubice (professor Vladimír Kulík) and the musical faculty of the Academy of Performing Arts in Prague (professor Václav Snítil).

He also took part in the masterclasses of Prof Alberto Lysy in Switzerland. He won the first prize at the international competition “Beethoven’s Hradec” and was awarded a prize for the best performance of a composition by Beethoven.

As a soloist he has performed with more than fifteen Czech and international orchestras in Czech Republic, Germany and Spain. At present he is a concertmaster of the Czech Radio Symphony Orchestra.